While she was serving as the first queen of Northshield, I offered to Countess Bridei to produce some embroidery for her. She requested a piece with an horseman theme, given her interest in equestrian activities. I designed this piece, drawing on inspiration from medieval Spanish illuminations of the four horsemen of the Apocalypse, modifying the image to show HE Bridei on horseback, riding into battle. The red and white striped circle was inspired by the arches in the Alhambra palace in Granada, Spain, in keeping with the Spanish theme. The embroidery was done in silk split-stitch on cotton ground, and mounted to a maroon wool pouch. The pouch was hand-sewn, and has a number of tassels with silver beads. The tassels were whipcorded from cotton thread.

The pouch was based on a Byzantine relic pouch from the 10th or 11th century, described on this website.

The Spanish illumination that served as a the model for the horseman in the design: 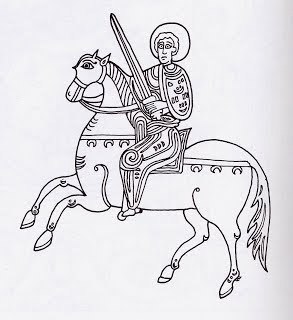 The roundel blank I created from various elements adapted from Spanish illumination: 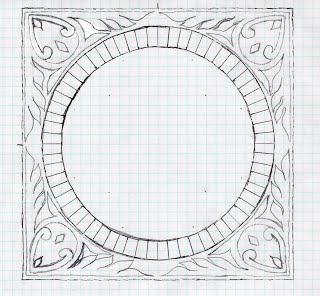 Close-up of the finished embroidery: 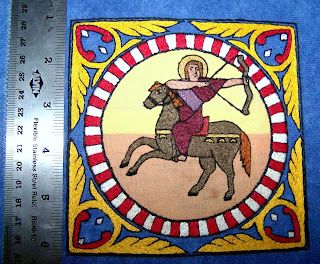 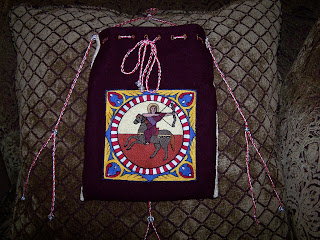